Bundle & Save How It Works Works With Support

Matching Hardware
Shop now
your cart is empty
Your Cart Pair the Navis Paddle with any August Smart Lock for 100% hands-free, keyless entry. Arrive at your door with auto-unlock and easily push your door open with your hip or elbow when your hands are tied.

August raises $8 million in Series A funding led by Maveron 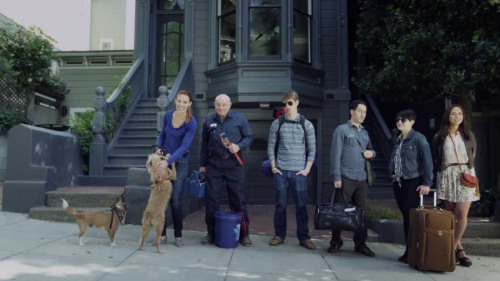 SAN FRANCISCO, CA—NOVEMBER 19, 2013 — August, the home automation company behind the August Smart Lock, today announced that it has raised $8 million in Series A funding. The round was led by Maveron, with participation from Cowboy Ventures, Industry Ventures, Rho Ventures, and SoftTech VC. August, co-founded by renowned designer Yves Behar and technology entrepreneur Jason Johnson, previously raised $2 million in seed funding from notable angel investors and entrepreneurs including Matt Mullenweg, Mark Pincus, David Dolby, Scott Belsky, and others. August will use the Series A round to expand the team and bring the lock to market in spring 2014. This latest round brings the company’s total venture funding to $10 million to date.

August debuted its flagship product, the August Smart Lock, earlier this year at the D: All Things Digital conference. The smart lock, designed by Behar, leverages a Bluetooth® low energy- enabled locking mechanism and an intuitive mobile application to send virtual keys to anyone you choose to have access to your home. As the key holder arrives at the door, August auto- unlocks allowing you to enter into the home. The lock also has an effortless security feature called EverLockTM, which senses when the door is closed behind you and automatically locks the door.

“At August, we’re dedicated to building elegant and seamless home automation solutions,” said CEO Johnson. “With distribution of our smart lock on the horizon, we will leverage this financing and our new partners to perfect the August consumer experience and scale our operations in advance of shipping.”

In addition to leading the round of funding, Maveron’s venture partner David Wu will join the August board of directors. Wu joined Maveron in 2012 to help the firm identify new investments in emerging consumer Internet companies and has also personally invested in a variety of Silicon Valley consumer startups. With his experience building consumer brands, Wu will act as an important resource for the August team as the company looks to scale and build out its home automation solutions.

"Over the next decade, the Internet of Things will bring millions of connected devices into homes. But the few that emerge as new iconic brands will be the ones that most effectively blend standout utility with world class design," said Wu, venture partner, Maveron. "The August Smart Lock merges beauty and simplicity to create a magical experience for consumers. It is a privilege to invest in Jason and his vision for the connected home.”

The August Smart Lock is currently available for pre-order on the company’s website in four color choices that complement a variety of home décor styles. August expects consumers who place pre-orders will receive their locks in spring 2014. For more information about August, please visit www.augusthomeinc.staging.wpengine.com.

August to the Rescue

August Takes Hands-Free Smart Home Access to the Next Level